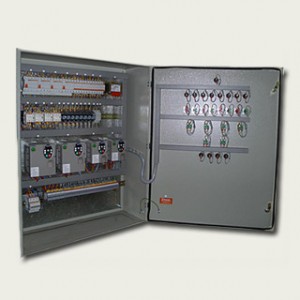 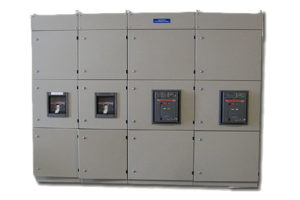 The Main Distribution is the system by which electrical energy is transmitted around the building.
The mains distribution originates at the mains intake and radiates out throughout the building in a branching or tree like fashion.
Features: 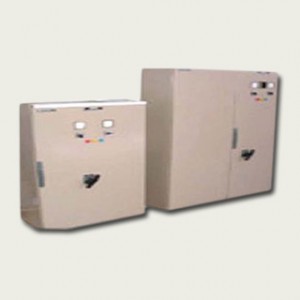 These are distribution boards which although similar construction, are larger than a final circuit distribution boards.
The boards are installed half way through the mains distribution system, generally at the point where a large distribution cable terminates, and several smaller sub-circuits start.
The board may be fitted with HRC fuses, MCB’s or MCCB’s. It may hence take the form of a large fuse board or and LV panel board. 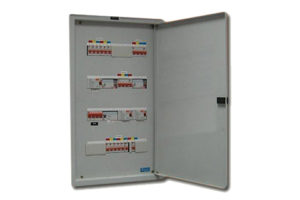 The distribution board is generally installed locally to where the electrical power is used (point of utilization).
It contains protective devices, which protect final circuits such as lighting & power circuits.
These devices may be Cartridge fuses, HRC fuses, MCBs or even rewirable fuses!
The board is normally fitted with an incomer – this may be a fuseswitch, isolator or MCCB (without certain protection setting). 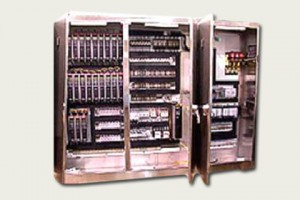 Synchronization panels are mainly designed and used to meet power system requirements.
These panels provide manual as well as automatic synchronizing function for one or more generator breakers.
They are widely used in synchronizing generators and offering multiplexing solutions.

These socket panels are used for distribution of power for temporary utilities at site for the operations of various equipments used for the construction purposes. 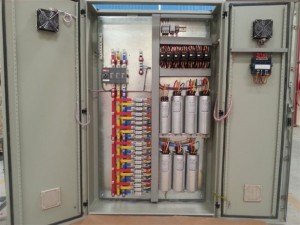 These are required with all the Main Distribution Boards which are connected to the external supply source.
These helps in improving the power factor at source